Forgiveness: The Gift I Give Myself

So why should we forgive?

Forgiving others may be one of the most difficult commands we are given to obey by Jesus Christ. With the horrors we see daily in the media, such as the recent shooting in Aurora, CO, the surviving victims are faced with painful decisions regarding forgiveness.

Those who either will not or cannot claim the redemptive power of Jesus Christ to enable them to forgive the unthinkable are doomed to a life of despair, anger, and bitterness, which will ultimately destroy their joy, life purpose, and, most tragically, those they love. They will become prisoners to their offender and to their own destructive rage and desire for revenge, causing them to become victims once again. Those who decide to make the costly choice to obey Jesus Christ's command to forgive face the painful truth that they must die to their own sense of justice and allow God to deal with those who have hurt them in His own way and in His own timing. Obedience to Jesus Christ, by forgiving their perpetrator, will allow them to walk free from the depression and an insatiable desire for revenge. They will be given the authority to minister to others out of their deepest pain, proving that our God is the Redeemer of all that touches our lives.

Forgiveness is a complex issue and, therefore, its appearance is complex as well. Many mistakenly believe that forgiveness and reconciliation are synonymous. Forgiveness requires just one person’s obedience; reconciliation takes two willing parties who desire healing and restoration in their relationship. Forgiveness is something that we can be empowered to give to another by the Holy Spirit, regardless of the actions of the one who hurt us.

Some rely too heavily on feelings to measure their progress in the area of forgiveness. We grieve over what has been lost in our relationships. This is normal and to be expected. However, in grieving we may falsely believe that we have made no significant progress in our healing. We must realize that our emotions are not an accurate barometer of the progress of our healing as long as we commit to seeing our healing come through obedience to God’s Word.
Forgiveness is the deliberate relinquishment of one’s right for vengeance. No human being is capable of completely forgetting what has happened to hurt him or her.  A benchmark of healing is achieved when the wounded party is desirous more of peace than revenge. This can only happen if we commit ourselves to asking Jesus Christ to change our heart to bless those who have hurt us deeply instead of cursing them, which is our natural bent. A person who is walking the path of forgiveness is one who continually takes the pain of remembrance captive and makes it bow in obedience to Christ (2 Corinthians 10:3-5). We must trust that God will reward us for our costly obedience and submission to His perfect justice in our situation.

A stumbling block to forgiveness is the false belief that if one forgives the offender, the wrong that was done is condoned. Never in Scripture does God condone our sin, but He will be faithful and just to forgive us of those sins we confess to Him and then to cleanse us from sin’s unrighteous stain (1 John 1:9). Forgiveness does not condone what has been done against us, but, rather, it opens the door for God to take control of the damaged relationship. Forgiving does not mean we are unwise in our vulnerability with someone who is not taking responsibility for his or her wrongdoing. The forgiveness we give to someone who has deeply wounded us may require healthy boundaries to be set in place so that the offender does not have access to wound us repeatedly. 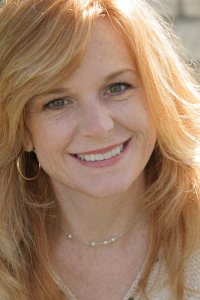 I lived my life as the prisoner of unforgiveness for far too long. Granting forgiveness and continuing to practice its mindset have been the greatest tools Jesus Christ has used in my life to conform me to His image. Instead of being chained as a prisoner to my bitterness, I now walk free to participate fully in the abundant life Jesus came to give me.

There is no better way to live.

Email ThisBlogThis!Share to TwitterShare to FacebookShare to Pinterest
Labels: forgiveness