A View from the Trenches

Shannon Perry is an author, conference speaker, recording artist and radio host.  Her brand-new conference, “In Her Shoes,” is designed specifically for mothers and daughters, tackling issues such as bullying, self-esteem, body image, social media, dating as well as other topics affecting tween and teen girls. Shannon holds a Master’s Degree in Education and Counseling and is a Certified Instructor in Parenting Classes and Crisis Counseling. For more information visit www.ShannonPerry.com. 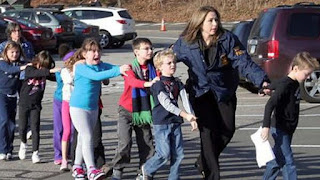 As I watched the children of Sandy Hook Elementary run from their school in tears that dark December day, I, too, found myself weeping uncontrollably.  As a former Elementary School Counselor, the Newtown, Connecticut school shooting was the unimaginable scenario I had often feared for my own school now turned into a horrible reality. For years, I sat behind a desk as a school administrator at an elementary school in Houston, Texas.  I often pondered what an attack from outsiders would involve.  With over one thousand students enrolled, how would we possibly move everyone to safety? I often prayed over students as I watched them travel up and down the hallway from my office window.  Their innocence could so easily be targeted by spineless evil.   A day never passed in which I didn't consider what my actions would have to be if such a scenario should occur.  Being on the front lines at a public school involves far more than most can imagine.  From outrageous parental demands to threats of bombs and suicide, the job description of teachers and administrators has certainly been re-written over the past few decades. During my nine years as an Elementary School Counselor, I saw just about everything.   From lockdowns after continued bomb threats, to women running into my office after being raped on the street, my days were usually unpredictable, and anything but "ordinary."  One in particular came to mind as I watched the Sandy Hook events unfold.

In the spring of 2004, a young father abruptly entered my office.  His visit was unannounced so I was not aware of his arrival or his intention. It didn't take long for him to explain.  He had been reported to Child Protective Services (CPS) for abusing his children, and assumed that the report had come from my office.  While he had no proof, and my report was confidential, he was correct.  I made the report the morning one of his children showed me the imprint of a boot heel in their forehead.  The father kicked the child in the forehead out of anger.  I did indeed call CPS after seeking medical attention for the child.  When CPS notified the father that he may lose his children if the abuse continued, the father pursued me as the source of the call.  While calling CPS is usually done in confidence, it doesn't take long for the perpetrator to attack the one they most likely suspect.  Usually, it is a school official.

While in my office, the father shouted obscenities and repeatedly slammed his hand on my desk.  I advised him to calm down or I would call for assistance.  His next statement was chilling and one that I will never forget.  He pointed his finger at me and growled, "I will leave, but I'm warning you now.  If I am ever reported to CPS again or if I lose my children, I will kill you."  I knew he meant exactly what he said.

Fortunately, those children were kept safe and their father never had another opportunity to abuse them.  Two weeks after visiting my office, at the age of 34, their father suffered a major heart attack and died.  I would like to say that this was an isolated case, but I was threatened on more than one occasion as I sought to protect children who were in abusive or dangerous situations.

Protecting the children from danger went beyond the confines of my office.  We were often called to evacuate our school building due to bomb threats and hours of study time were often lost as a result.  Lock downs due to outside danger or hostile parents also became part of our routine.  The irony of it all?  I worked in a district highly recognized among national rankings and known for its safety and security procedures.   Unfortunately, policies were not enough to keep "crazy" from my office or out of Sandy Hook Elementary.   I resigned my position in 2005 and went into full-time ministry, but I still stay connected to the kids who were on my watch.

As I continue following updates on the children, families and staff of Sandy Hook, my heart is grieved by the statements and suggestions made by those who have never served in the trenches of a public school.  Those who know how to best protect our children are those who are with them on a daily basis.  There has never been more evidence than the example set by those at Sandy Hook.  The number of children lost is tragic, but the potential number of children that could have been killed --and were not --says one thing:  administrators and teachers were prepared to courageously go above and beyond their call of duty.  Teachers and administrators are well aware of imminent dangers on a daily basis, but most take the risk for one reason: they love children. 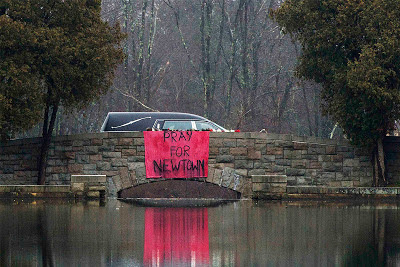 For years, teachers and school administrators have fought to be heard. Sports figures and Hollywood celebrities receive the rewards of recognition and financial restitution, but what about our educators?  I am a great supporter of my hometown football team, but I often wonder why educators are not more celebrated.  We reward those who carry a ball, but not those who carry our future.  As the Bible clearly reminds us, "Where your treasure is, there your heart will also be."  Our priority as a nation must be to protect the lives of the innocent.   The cowards and bullies that target our schools must be met with a resounding reminder that we will do WHATEVER it takes to protect our children.  We place armed guards around celebrities, airports and Presidents because they are valued.  Do we place the same value on the lives of our children?  Removing guns only treats the symptom, encouraging those who are intent on doing to evil acts to simply find other methods.  If a gun is not available, they will find the materials to create a home-made bomb.  We will never be able to remove enough weapons to stop heinous acts.  The main issue is one of the heart.  Where IS the heart of our country when it comes to protecting the innocent?

As one who has lived in the “trenches" of the Elementary School life, several suggestions come to mind for improving our school's safety.  Placing armed guards at surrounding entrances of the schools may not prevent attacks, but it would certainly deter them.  If we can find the tax dollars to build larger stadiums, surely we can prioritize our monies to help protect our most innocent lives.  We could certainly train a few individuals in every building to responsibly carry a weapon.  Just as many churches allow armed individuals (often unnamed) to protect their members, unnamed individuals would be armed and prepared to take action in the school.  Making this fact known publicly would likely deter those who would otherwise attack the vulnerable and possibly save lives.

An additional plea I would make is to curriculum departments, parents and the media. We MUST address the violence that infiltrates our children's lives through mainstream media.  Although statistics contradict a correlation between shootings and violent video games, the media has become a source for students to view killing as "normal."  Just turn on your television at any given moment, and if you have more than five channels, it won't take long to find a murder transpiring or one being plotted. So how do we address this issue in the schools? We begin when they are young.  Children must learn anti-bullying strategies and the effects of hurting the innocent at an early age.  We need to help students learn to welcome "good" and shun "evil" both in and out of school.  Schools cannot do this alone, however.  Parents must reinforce to their children that the idea of hurting the innocent people is unacceptable.  As a parent, refuse to allow your children to watch violent movies or television shows.  Instead, fill their minds with positive images as you watch things that bring "life" into your home.  The mainstream media must realize that we as a nation will no longer buy into the lie that violence is the "norm."  When we stop supporting violent movies, television shows and video games with our wallets, our society will change.  It truly is up to us.

The final and most important suggestion I would make as a former "trench" survivor is that we pray.  When we invite God back into our schools, we invite His covering.  Although we are told we cannot publicly pray as a group during school hours, nothing stops us from praying as individuals.  The job rests on our shoulders as we wait for our leaders to remove politics and prioritize the safety of our children. The prayer I once prayed over my own school is the same one I pray daily over schools across this land: "Father, place your angels around our children and those who serve them, and protect them from evil that would so cowardly and intently prey on innocence."

Our children should be our highest priority.  May we all have the courage to take the necessary steps to make their young lives our most important responsibility.
###