Prior to founding Search for the Truth Publications, Bruce Malone was a as a research leader for Dow Chemical for 27 years and holds 17 patents.  He lectures frequently on the subject of creation and biblical history, and has spoken over 600 times in 12 countries. His company has given away over 50,000 books to students and prisoners.  For more information, visit www.SearchForTheTruth.net. 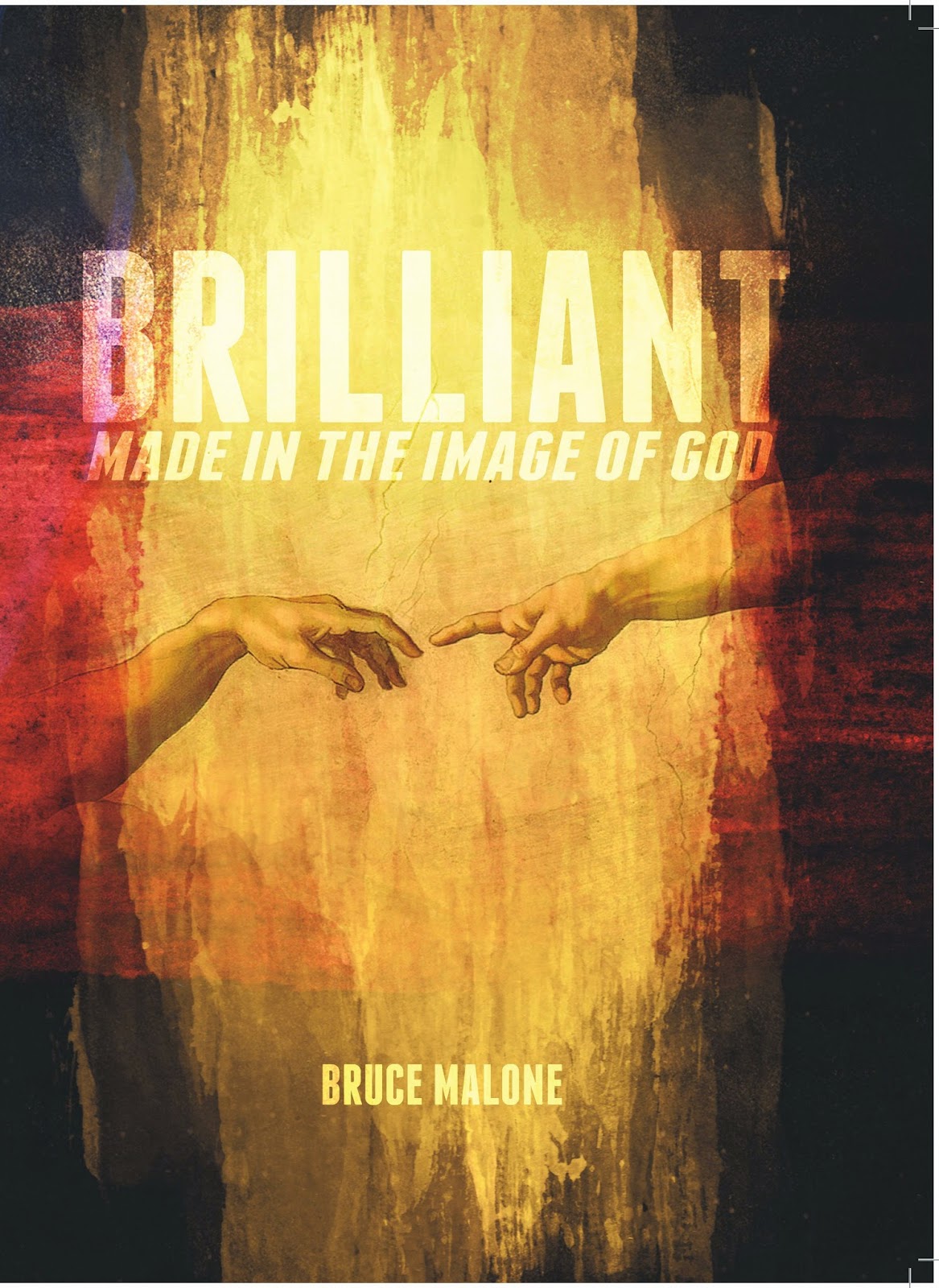 There is much effort by well-meaning Christians to blend the belief in evolution with Christianity in order to make both the Bible and Christianity “more credible” to the world.  Well-funded organizations such as BioLogos, and superficial fluff articles such as “10 Things I Wish Everyone Knew about the Creation vs. Evolution Debate” by Michael Lehmann on Faithstreet.com, are working hard to convince Christians that evolution and the Bible blend seamlessly.  Yet the exact opposite is true.

1. Evolution is NOT a fact of science
First let’s define our terms.  “Evolution” can mean change and biological variation due to the genetic variability built into the DNA coding of any given type of creature.  This type of “evolution” is a biological fact which no-one disputes.  When evolution believers state that evolution is as strongly supported by a “vast body of evidence” as the law of gravity, they are referring to change within a kind.  Yet the same word, “evolution” is then used to support the belief that bacteria have turned into people.  This has never been proven and there is a “vast body of evidence” showing that it is a scientifically impossibility.  Furthermore, using the same word to mean two completely different things is both deceptive and dishonest.

2. The Bible claims to be God’s divine revelation to man and starts with an account of creation.
God goes out of his way to make important and relevant facts crystal clear.  Ten times in the first chapter of the Bible it states that different kinds of creatures reproduce “after their own kind”.  This does not exclude variation within a kind, but clearly means that fish stay fish, cattle stay cattle, trees stay trees, birds stay birds, etc…  This forms the very foundation for understanding biology, and if denied, biology is going to be misinterpreted because the only alternate explanation is that one kind of creature turned into a completely different body structure.  Yet this has never been demonstrated by either the fossil record or any known observation.

3. If the Bible cannot be trusted at the beginning, when does it start meaning what it says?
The Bible describes the creation of the universe in six days.  Every time a numeral or the words “morning/evening” are used with the word “day,” it means a normal literal day.  Furthermore, Exodus 20:11 states that, “In six days God made the Heavens and the Earth…”.  This statement is part of the Ten Commandments and was written by the very hand of God.   If this does not mean what it says, why believe the commandment?   For that matter, who gets to decide when we should start believing what the Bible actually says vs. making it mean whatever we want it to mean?  The entire book rapidly becomes very fluid and any basis it provides for morality, history, and reality becomes blurred.

4. Every modern culture which accepts evolution as a fact, Biblical Christianity declines
Almost every country in Europe came from a strong (albeit often distorted) Christian heritage.  It has only been in the last 200 years that the belief in God’s Word as a clear straightforward document has become questioned.  And not coincidentally, as molecules-to-man evolution has become accepted by the masses at large, the belief in Christianity ALWAYS falls away.  Church-attending, Bible-believing Christians have fallen from over 60% in all European countries to under 5% in the same time period as evolution as become accepted as a fact in these same countries.  To miss this correlation is pure blindness.  The same trend is under way in America.

5. The Bible’s account of creation is NOT filled with inconsistencies
BioLogos (and others out to justify their belief in macroevolution) promote misinformation about Genesis with the ultimate result of undermining trust in God’s Word.    There are not two stories of creation in Genesis chapters 1 and 2 but an overview in chapter 1 and an amplification of the most important event (the creation of mankind) in chapter 2.  This is a common practice in Hebrew writing.

Genesis 1:7 states that God divided the waters under the “firmament” from the waters above the “firmament”.  One meaning of this Hebrew word “firmament” is “dome.” Thus skeptics have stated that the Bible teaches that the sky is a “solid dome.”  The Bible does not teach a solid dome was created over the Earth, but uses understandable language just as a weatherman referring to “the rising of the sun” is not denying that the Earth rotates but is simply using common, understandable language.

Pointing out these tiny misunderstood issues while denying that the specific, crystal-clear text means what it actually says about the big issues of history (the creation of separate forms of life in six literal days, the entrance of death into creation because of mankind’s actions, and the real world-restructuring flood as a primary cause of the Earth’s geology) is like focusing on the bark of a single tree in order to deny that there is an entire forest in your face.

6. If Evolution is true, then God is the “Author of Death”
Evolution required millions of years of death, disease, bloodshed, and extinction to explain the development of life without God.  This is the exact opposite of the God described in the Bible who declared all of creation not just “good”, but “VERY GOOD”, after the creation of mankind.  It was mankind’s rebellion against God which brought death into all of creation so that we would not live forever separated from our Creator.  Where does this fact fit into an evolutionary scenario of history?

7. The fossil record is the result of a real, factual, historic globe-covering flood
Genesis chapters 6-9 spends more time talking about a world covering flood than the creation of the entire universe, “…all the high mountains, UNDER HEAVEN were covered…” (Genesis 7:19).  This event has enormous geological consequences and would have formed the sedimentary rock layers of the Earth, filled with dead plants and animals (which subsequently turned to fossils and coal seams), recently and rapidly.  If the flood is denied, then these rock layers and fossils have to be explained some other way and they will be misinterpreted.

The flood would have included enormous volcanism and cloud cover, rapid land movement which created new ocean floors and pushed up the current mountain ranges of the Earth after the flood, and guaranteed an enormous Ice Age following the flood as warmer ocean water evaporated and condensed as snow for centuries following this event.  Even Mt. Everest is covered with sedimentary rock (formed under water) and has sea shells at its peak.  Did these sea creatures crawl up there?  By denying the flood and accepting macroevolution as a fact, the cause of all these Earth features and the timing of the Ice Age will be misinterpreted.

8. Every culture of the world has a remembrance of this flood.
Over 250 global flood accounts have been collected from essentially every ancient culture of the world.  This is because all cultures of the world spread out after this event from 4350 years ago.  They would have taken with them a remembrance of this event which would have become more distorted with time.  This is exactly what we find in cultures throughout the world.  Highly advanced, civilization-exploding cultures appeared around the world, fully formed and fully functional, only 4000 years ago.

Often repeated dates placing cultures such as the Egyptians and Chinese older than 4000 years are the result of misplacing the Ice Age, misinterpreting fragmented ancient documents, or misunderstanding the assumptions of carbon-14 dating.

9. Mankind has lived with, and has knowledge of, dinosaurs
The word “dinosaur” was not even coined until 1841.  Before that time these creatures were commonly referred to as dragons.  Their fossilized bones are found in flood sediment but they would have survived the flood along with other animals taken on the ark and exact depictions of these creatures can be found in ancient cultures (which arose after the flood) in cave drawings, burial stones, and literature.  They are frequently referred to in the Bible but under a variety of different names since the word “dinosaur” had not yet been invented.  Job 40:15-24 describes an enormous creature with a tail like a cedar tree.   This could be neither an elephant nor a hippo.  Furthermore, many dinosaurs have been found with undecayed tissue remaining within their bones.  This is a scientific impossibility if these creatures were buried 60 – 200 million years ago but makes perfect sense if they were buried during Noah’s flood only 4350 years ago.

10. Neither majority nor authority determine truth
As Christians, we are to accept God’s Word as truth, yet the vast majority of experts and scientific authorities claim that they are right and the Bible is wrong.  The truth exists whether it is believed or not and neither scientific consensus nor human authority determines truth.  But how can so many intelligent people believe in molecules to man evolution if it is not true?  Dr. William James (commonly known as the “Father of Modern Psychology”) made the following observation, “Nothing is too absurd to be believed - if it is repeated often enough.”

Millions of years and the evolutionary story of life’s development is the ONLY explanation for life shown to students within our schools and museums.  Thus generation after generation has become blind to any other possibility and evolution becomes the “fact” through which they view history. Even God’s Word eventually needs to be distorted to fit this belief system, and that is exactly what BioLogos and other compromising Christians are unwittingly doing.